Alison Mary Stuart Routledge (New Zealand, 1960 April 29) in The Quiet Earth (1985). The movie centers around the last few people to survive a mysterious catastrophe. She wasn’t simply the last woman on Earth, she was the only redhead.

The Internet Movie Firearms Database lists the S&W Model 27 and M16 as the only two firearms she’s used in a film. 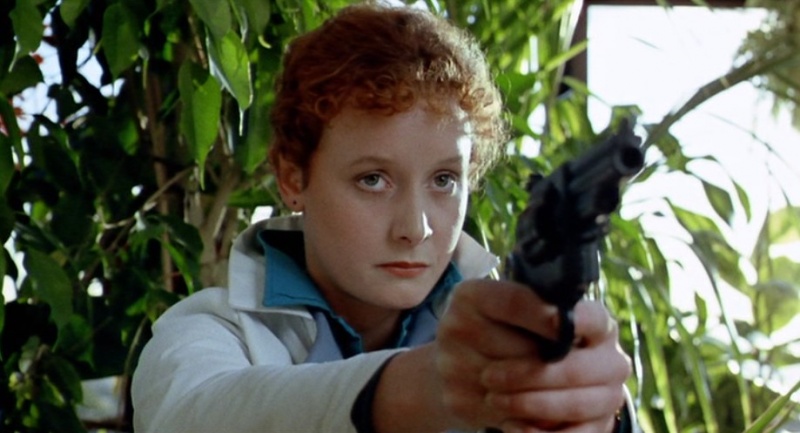