Posted on 2014 May 16 by Sub Machine Girls under Femme Fatale, Firearms, Girls 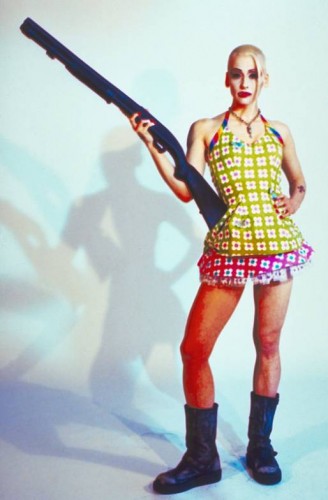 It’s the end of the week, and so it’s Femme Fatale Friday. This marks the sixth week of the Aftermath Girls blog.

Before Tank Girl was release, rumor was she got the part because she was the first actress willing to shave the side of her head for the role. Lori Petty (USA, 1963 October 14) starred in the 1995 film based on the comic by Alan Martin and Jamie Hewlitt (Jamie went on to co-found the band Gorillaz). The Wiki page summary is too lengthy. In shirt, a comet has hit the Earth and it has now been eleven years (2033) since rain has fallen. the dystopian future is an arid desert wasteland. All power and water is controlled by a monopoly which has its own police force by which it extorts the living. There are also tanks and talking militant kangaroo hybrids, it is a comedy, so it’s ok.

The Internet Movie Firearms Database (IMFDB) has a blank entry but she does use an IntraTec Tec-9 and a Ruger Mini-14 in the movie. Perhaps we should watch it again and help the IMFDB out. 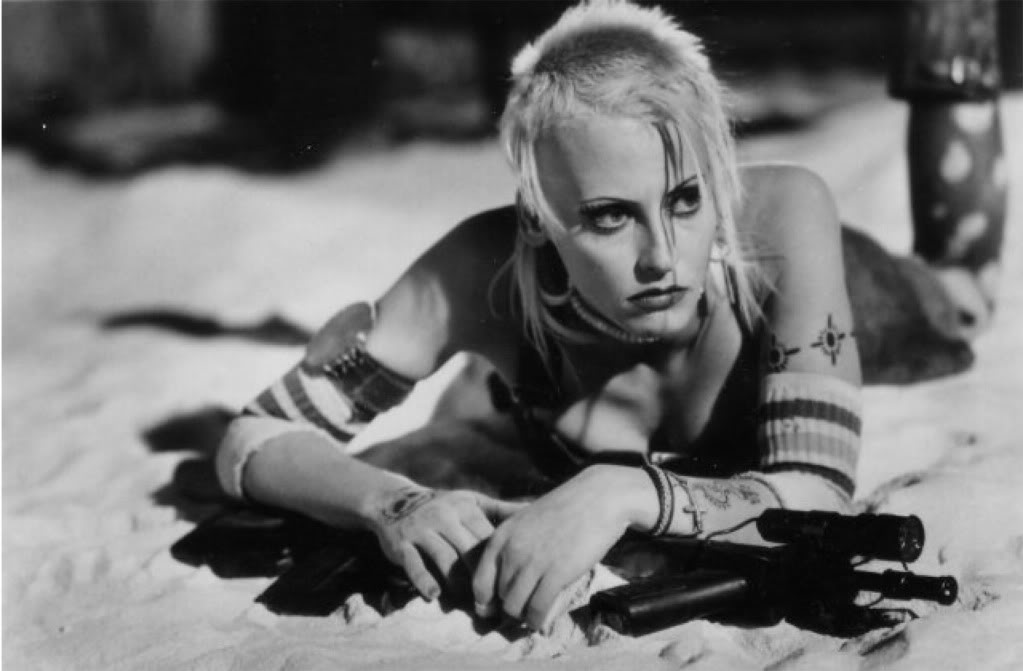 Also, for you GI Joe guys, check out this private custom 1:6 scale figure of her version of the character [not shown]. 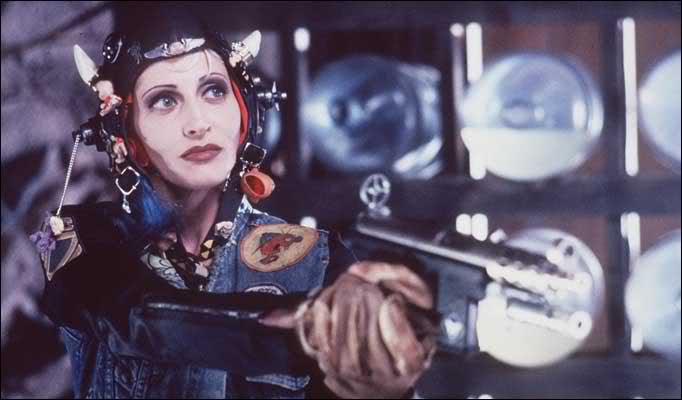 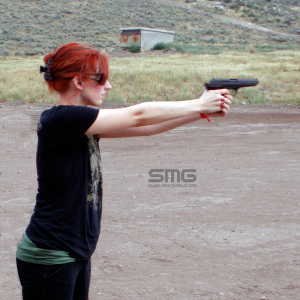