Posted on 2015 March 22 by Ethan M under Firearms, SubMachineGirls 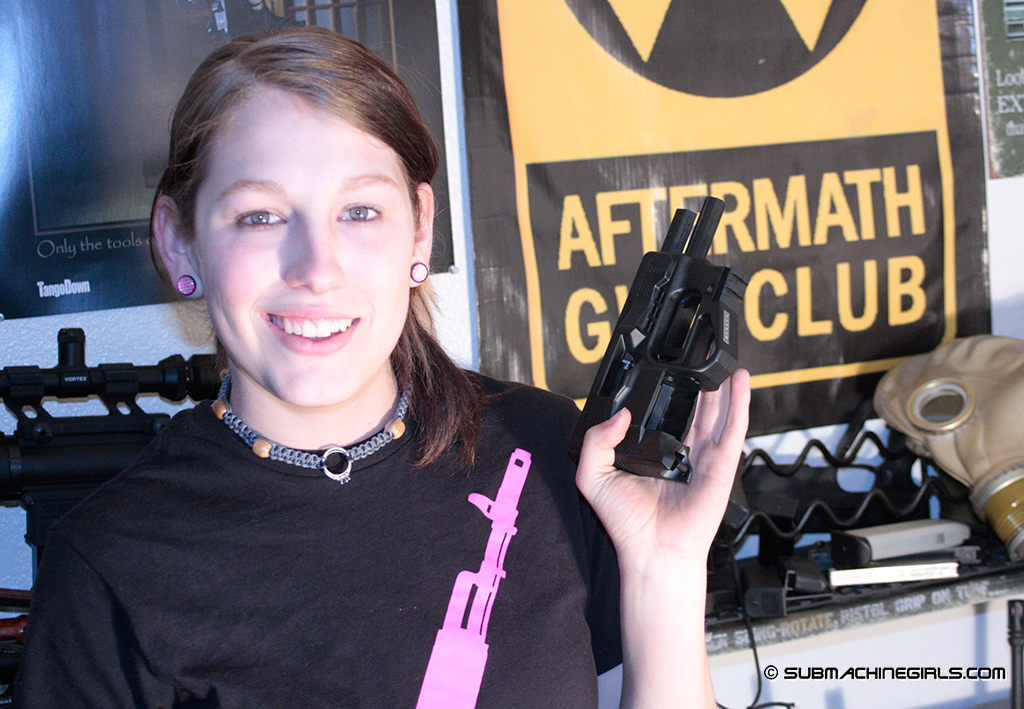 This is the new .22LR curio from ZiP Factory. It’s an unconventional design which can be used (if registered with the ATF) as a secondary weapon mounted under a rifle’s handguard. With some imagination there are strange possibilities for this concept. 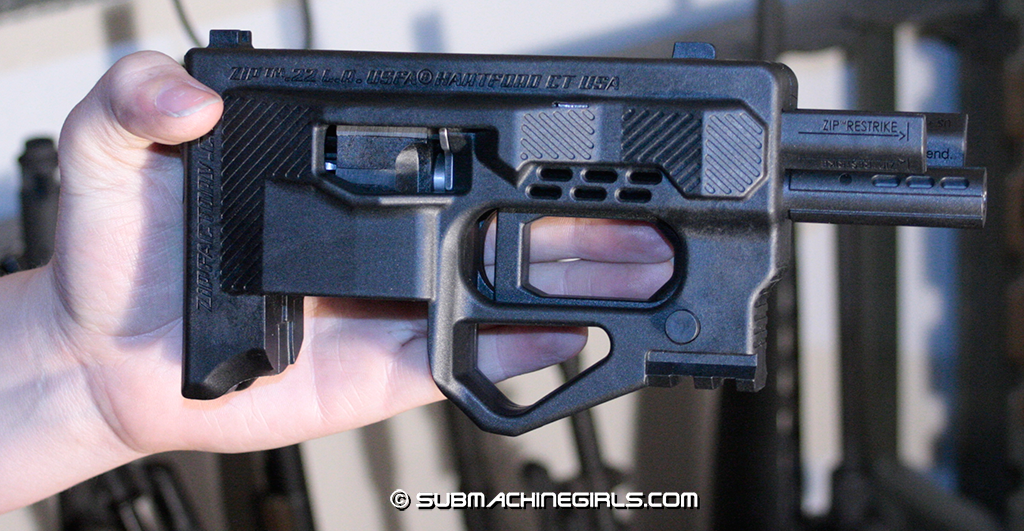